Are Digital Concerts Going to Become the New Normal 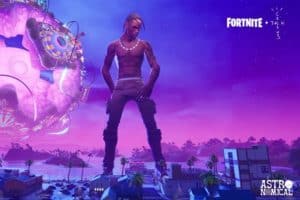 The current state of the world has led to changes in everyone’s lives, as anyone would expect, but less obvious is the effect it has had on many industries you might not have considered. From the boom of Zoom to Amazon’s stocks soaring through the roof, many businesses have prospered in the new world. Some industries are, however, having to think outside the box to keep themselves alive. Live music has been rendered essentially defunct for the present and near future, as it necessarily involves a lot of people in a small area in order to make enough money to thrive.

Luckily, the technology always finds a way and the industry has quickly moved from clubs and stadiums to somewhere much closer to home. After months of uncertainty as to whether anyone would ever be able to watch their favorite band play live, artists started to sell tickets to live-streamed concerts. Artists such as Diplo, Oliver Tree, and Yungblud have tried to make their mark on the internet with shows paid and free on all forms of social media, allowing more people than ever to experience music in its purest form.

In the same way that many people found out they could work from home and still very much do their job correctly, people very quickly found out that live music could very much be enjoyed over a Livestream, even if it’s not the same without the communal aspect of being around hundreds of other like-minded people.

Not only that, the music industry very quickly discovered what the rest of the world already knew – the internet is a huge source of money just waiting to be tapped. Even without a pay-per-view system, there are thousands of dollars to be made off advertisements shown to fans hungry to hear their favorite artists live. L Devine has shown that you can profit in less direct ways. To increase your social media reach, buying likes on YouTube is often recommended as a quick and easy way to get your message and your brand out to thousands more people, but Devine chose to play her shows on all forms of social media from YouTube to Instagram.

Marshmello had an even more out of the box idea and decided to partner up with Epic Games to play a live show on the popular video game Fortnight. Reeling in millions of people both into his music and Epic’s game, Marshmello’s digital avatar represented more than his real-life stage persona, it presented an alternative way for people to listen to music in the new age. A new way to enjoy the music instead of the several-hundred-year old convention of buying a ticket to a venue to be up and close to one of your idols.

But as much as this accessibility has helped many during lockdowns around the world and even brought new people into live music culture, ready to get out there once venues properly reopen, can these digital events really be the future of music?

Many asked the same of iTunes back when Steve Jobs tried to popularise the idea of easy-access digital music, something most people today take for granted. A big difference between physical vs digital music and digital vs physical concerts is the very thing that has made digital concerts a current necessity – people. A huge part of the concert experience is being in the same room as the artists and other fans of the music. This is such an integral aspect of a live gig that it is inevitable that once the pandemic subsides one way or another, people will start to flock back to concerts in person.

This is not to say that digital concerts won’t continue to be extremely prevalent – they are an incredibly convenient and far less expensive way to emulate the concert experience. But will digital concerts become the new normal? I very much doubt it.