Rising Star DJs to Keep an Eye On 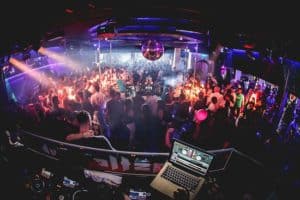 The DJ scene is massive at the minute. It’s so huge. From your local club to Ibiza to digital concerts, people just want to listen to some good tunes and dance the night away. DJs are very important in our lives and everyone loves music. It’s such a staple in life and is one of the few forms of entertainment that will truly never die. And that’s why it’s so great when more DJs come about. There are so many that are hot right now but only these four need your attention.

First up, Dodge Dynamite. He’s been in the game a while but is only recently getting that recognition he so deserves. Starting out in some tiny, cheap club in his hometown, miles from anywhere, Dodger (his friends call him Dodge) decided he needed to make it big. He couldn’t keep wasting his time as a small-town DJ. Sure, he was earning enough to pay the bills but that didn’t mean it was enough for him. He had his eyes set on bigger things. And that’s why he packed him his records and turntables and drove off in his van. He arrived in New York, the city that never sleeps, and initially got a job as a barman. Then, through making contacts while serving club owners drinks, Dodge was able to wheedle his way into DJing at one of the most high-end glamorous clubs in the entire USA.  Dodger was crushing it. Every night, people screamed when his beats came on. He really is a true rising star and has just released some pretty epic tracks you should find from wherever you listen to your music. It’s a real underdog story and one the music industry was built on.

Freddie is the opposite of Dodger Dynamite. He didn’t start out small and work his way up, making connections and contacts in the big city. He was born into DJing. Molded by it. It shaped his character and made him the man he is today. Now, am I saying he started DJing as a baby? Of course not. But his parents were DJs. In fact, that’s how they met, one warm Spring evening in Colorado. They both showed up for the same gig, the organizer not realizing he had double booked. Wanting to make the best of a bad situation, they DJ’d together and blew the roof off the kid’s birthday party. And for them, it was love and first sight. So Freddie naturally had DJing in his DNA and it serves him well. He’s already released four albums with major record companies and is an absolute gem in the DJing community. He’s very down to earth in real life and the kind of guy you can rely on to make your night just that little something extra.

Now, Pete Disco may sound old fashioned but in actual fact, he is far from it. He revolutionized DJing, forging new techniques, and experimenting constantly. Many people have adopted his methods and it’s really working for them. He’s been crowned DJ of the year a number of times and it’s easy to see why. One night in one of his clubs it became clear to me. He floats effortlessly from track to track and has total control over the beat and as a result, the audience. He knows when to speed up and of course when to slow down. The man is remarkable to watch and his DJing offers a new and incandescent experience. If you want to be like Pete, you should learn djing at djequipped.

Lastly, we have perhaps the greatest DJ of them all. She’s not as well known as the other three but I feel that’s all about to change. Debbie Decks (of course that’s not her real name. She’s Martha Decks) is a hard-working, cheerful, and sometimes intense DJ with half a decade of DJing experience under her belt. She works hard, practicing for hours on end, to perfect getting the right tempos and mixes. She’s constantly in search of the ultimate sound and I feel she may be close. There’s just something about her skills that ooze coolness and fun. She’s quirky, young, and definitely about to dominate the market. 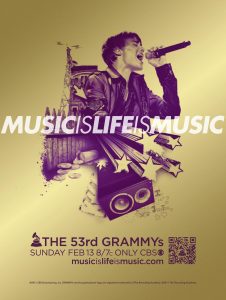